What if your cell phone, smartphone and computer stopped working? How would you communi- cate? How would you find out what was going on? Ham radio provides the answer. The national Amateur Radio Field Day showcases how people young and old can learn and enjoy being able to transmit voice, data, and pictures to places near and far – without depending on commercial systems. The Monroe Amateur Radio Club will set up for this two-day event on June 24-25, 2017, at Vonore City Park, behind the Fire and Police Departments on Church Street, Vonore TN, from 2pm on Saturday to 2pm on Sunday, The event is free and the public is welcome.

Some people might think Ham Radio – also called amateur radio – is obsolete. In fact, it is as useful and important today as at any time in the 100 year history of Amateur Radio Service. For example, besides everyday chit chat with other Amateur operators (called Hams) across the world, many of the National Weather Service’s trained storm spotters are licensed Hams. Amateur operators also assist in disaster communications relaying information to emergency agencies and to storm victims’ families. Hams also provide communication and support during events such as bike races, marathons, and community holiday events.

Ham radio functions completely independent of the internet or cell phone infrastructure and can be set up almost anywhere, in minutes. During a communications outage, weather emergency or disaster, Ham Radio is the perfect communication network. During normal conditions Ham Radio can interface with computers, smartphones and tablets. Ham Radio is also one of the best ways for people to learn about the art and science of radio communications, as well as electronics, physics, meteorology, and many other fields.

“Ham radio users can literally throw a wire in a tree for an antenna, connect it to a battery- powered transmitter and communicate halfway around the world,” says Sean Kutzko of the American Radio Relay League. “Hams do this by using a layer of Earth’s atmosphere as a sort of mirror for radio waves.” Amateur Radio frequencies are the last remaining place in the usable radio spectrum where individuals can develop and experiment with wireless communications.

During the 24-hour Field Day, the Monroe Amateur Radio Club will demonstrate Ham Radio’s ability to work reliably under any conditions from almost any location, while creating an inde- pendent, reliable communications network. Members will be demonstrating the science, skills, services and fun of Amateur Radio. Anyone may become a licensed Amateur Radio operator, from youngsters to grandparents, from all walks of life. With clubs such as Monroe Amateur Radio Club, it’s easy to get involved right here in Monroe County. Amateur Radio creates a bridge between people, societies, and countries, by creating friendships and sharing ideas. Join the worldwide community of licensed operators using the airwaves with every conceivable means of communications technology. Come and learn about all this and more at the Amateur Radio Field Day. 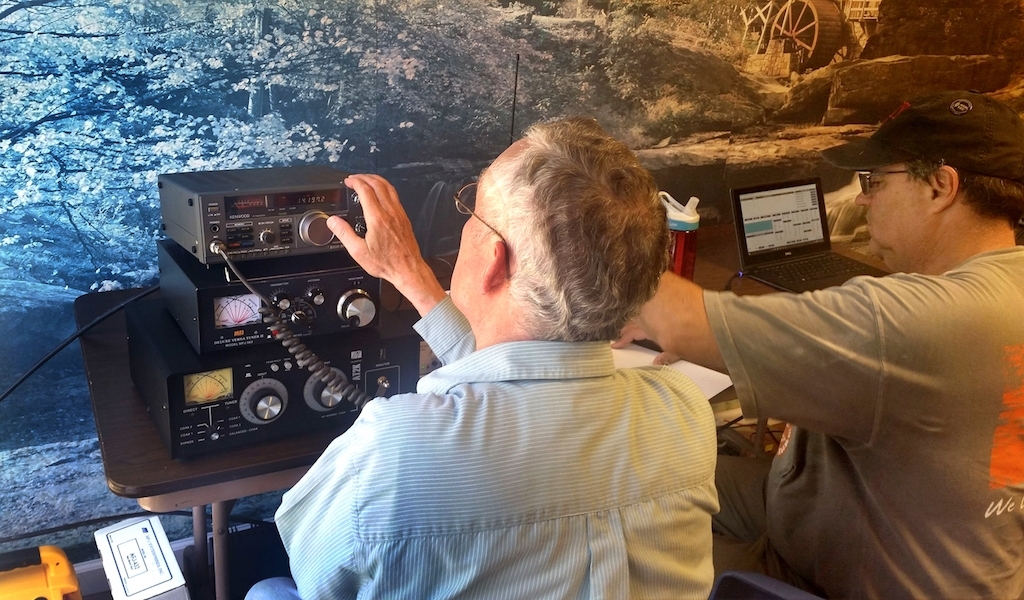